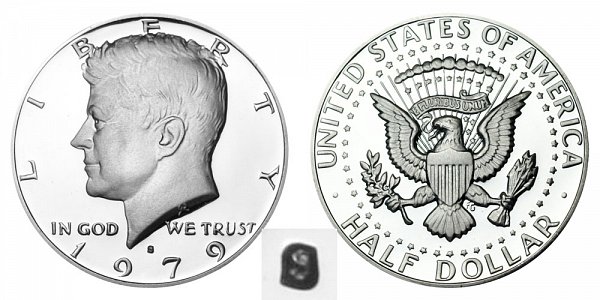 The 1979 Type 1 Filled S Kennedy Half Dollar has a smaller S mint mark which is partially filled in and not as clear and is only found as a proof coin. Depicted below is an example comparison image between the type 1 filled "S" vs type 2 clear "S": 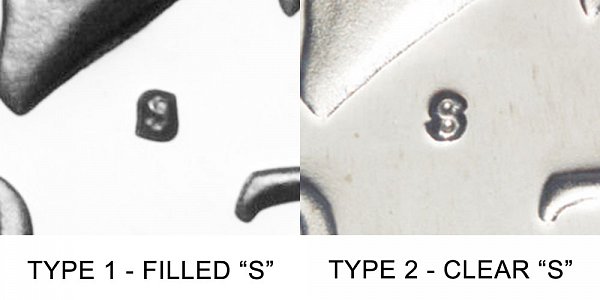