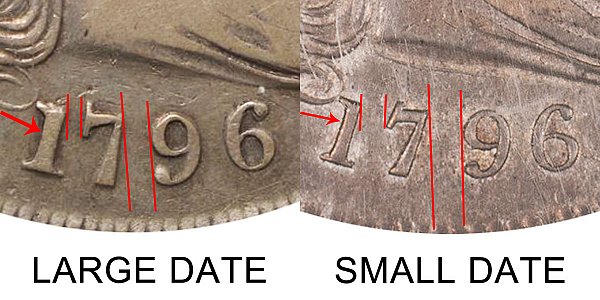 There were a few major varieties of the 1796 Draped Bust Silver Dollar. The varieties can be distinguished by looking at both the size of the numbers in the date and the letters on the reverse of the coin. 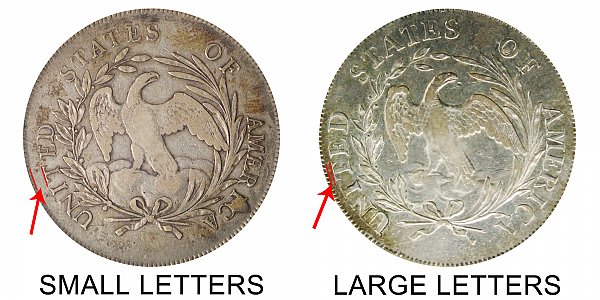