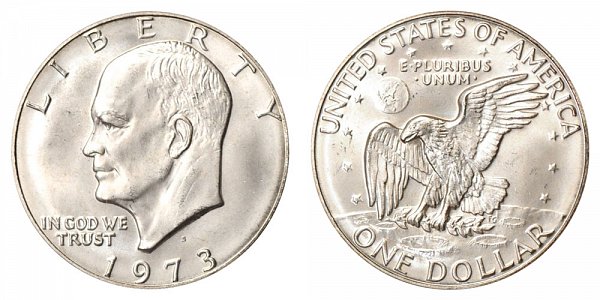 There are two major version of the 1973-S Eisenhower Dollar - both of them have a silver-clad composition with a 40% silver content. The common version is the 1973 Brilliant Uncirculated silver Eisenhower Dollar (as depicted above) which came in the blue pack/envelope with a blue seal ("Blue Ikes"). These were special mint condition coins sold to collectors.

The other version is the 1973 S Silver Proof Eisenhower Dollar which came in proof sets or brown boxes with a gold eagle seal ("Brown Ikes") - only 1013646 of these mirror-like silver proof coins were produced. An example of the proof version is depicted below: 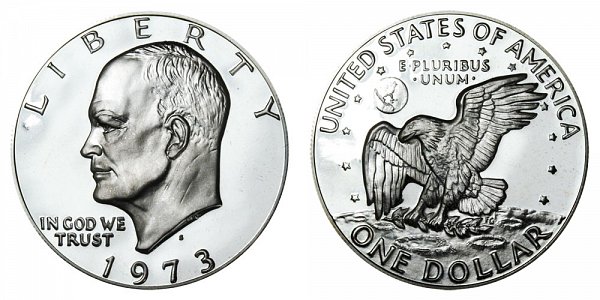