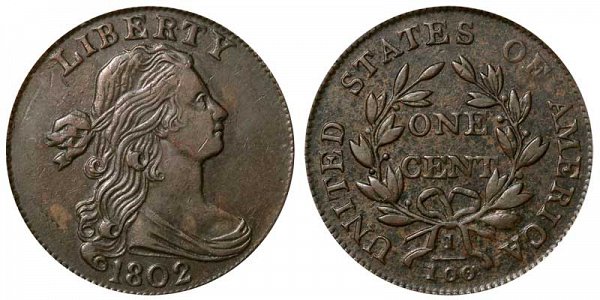 There are a few major varieties of the 1802 Draped Bust Large Cent (Penny). The "Normal Reverse" variety featured no errors - which is depicted above.

One major error deals with the one cent denomination fraction on the reverse of the coin. Typically this is 1/100 except in the case of this error when the fraction was 1/000 due to a mistake by the engraver during the creation of the dies. An example of the 1/000 fractional variety is depicted in the image below: 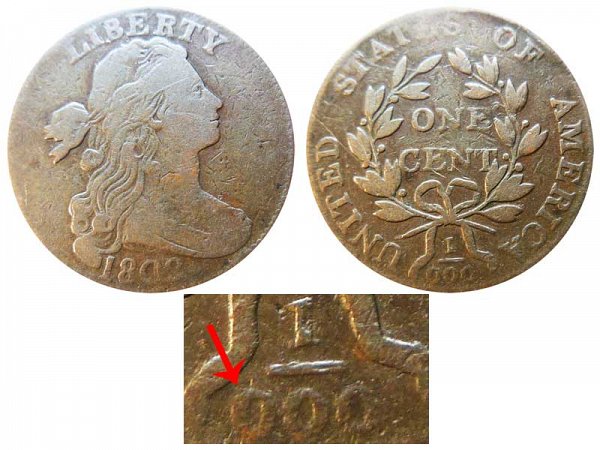 The next 1802 large cent variety features a "stemless" wreath on the reverse of the coin. Normally the two branches of the wreath have stems that extend below the bow. Although in this variety the stems are missing. The difference between wreath with stems vs no stems is depicted below in the example comparison image of the coins: 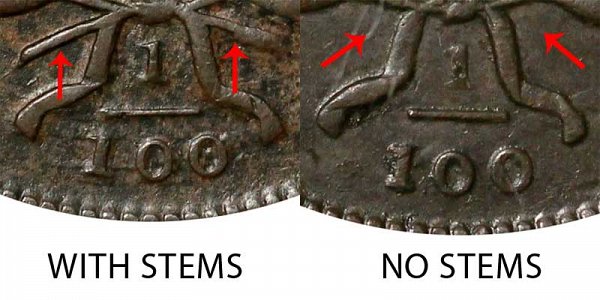