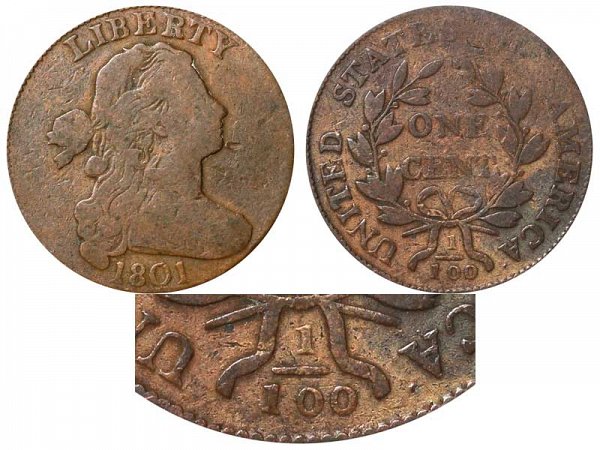 There were a variety of errors for the 1801 Draped Bust Large Cent (Penny) in regards to the reverse of the coin. The coin depicted above is the "Normal Reverse" variety with no errors. The rarest and most extreme of the errors is the "3 Errors" variety which featured a 1/000 fractional along with 1 stem on the bottom of the branches when there should be 2 stems. The letter "U" in the word "UNITED" was originally engraved upside down by mistake which resulted in an inverted "U". The mistake was corrected and the coin was struck a second time with a "U" over an inverted "U" which resulted in doubling of the serifs on the top and bottom portion of the letter. This resulted in the character looking like two separate letter "I"s and the word looked like "IINITED". An example of these features are depicted below: 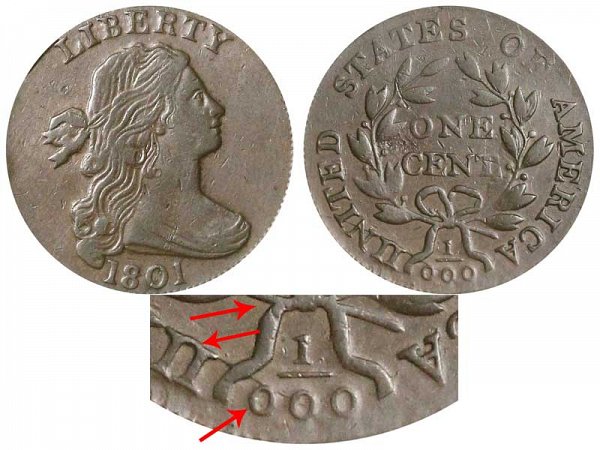 Another variety wasn't as drastic and only had 1 error with the fractional: 1/000 instead of 1/100 to denote one cent: 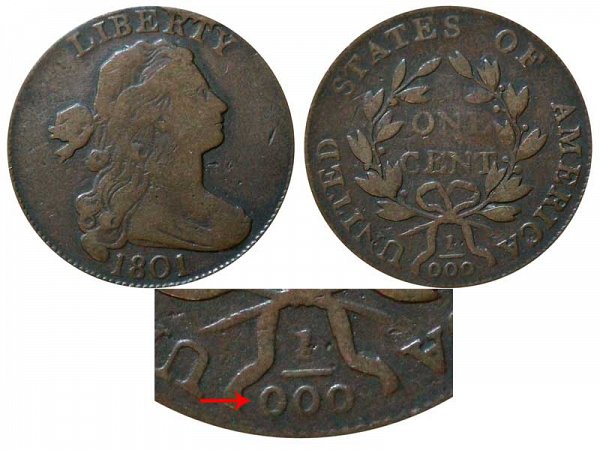 The last major error was similar to the one above with a 1/000 fractional. Although this was corrected with a 1/100 fractional struck over it. Parts of first "0" can be clearly seen under the "1" in the "100" denominator as depicted in the example image of the large cent below: 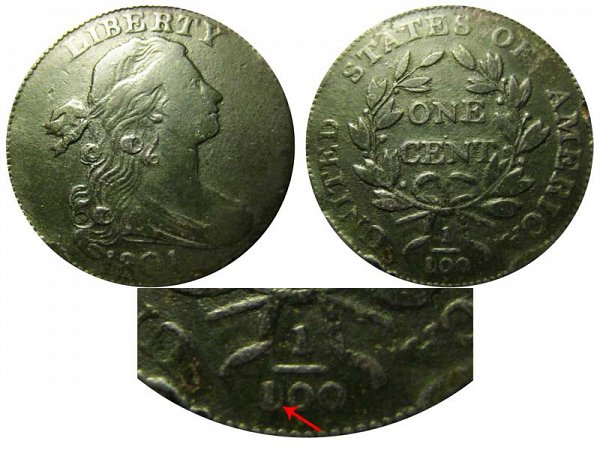