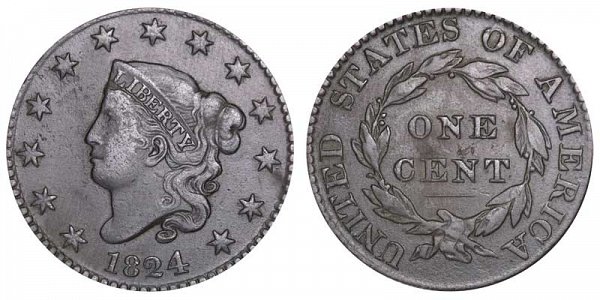 There was one major variety of the 1824 Coronet Head Large Cent (Penny) in addition to the "normal date" depicted above. The 1824/2 Overdate error is the main variety which features an 1824 date struck on top of an 1822 date. This resulted in parts of the "2" still being visible under the "4" as depicted by the arrows in the example image of this error below: 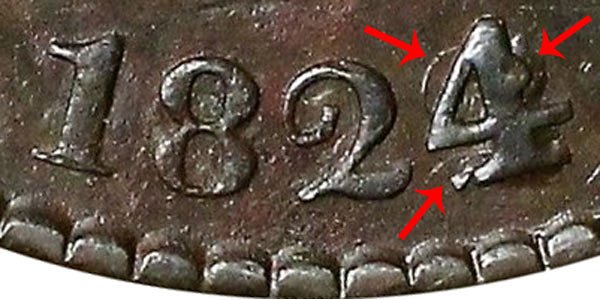