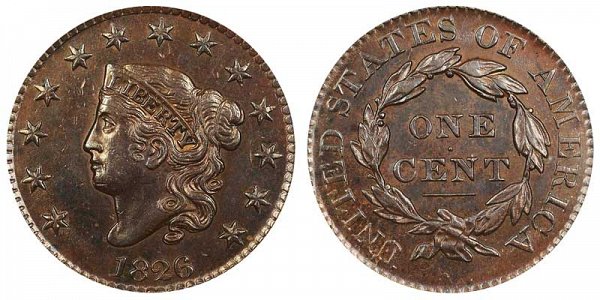 There was one major variety of the 1826 Coronet Head Large Cent (Penny) in addition to the "normal date" depicted above. The 1826/5 Overdate error is the main variety which features an 1826 date struck on top of an 1825 date. This resulted in parts of the "5" still being visible underlying the "6" or most notably within the upper loop of the "6". In addition: A small chip also appears near the bottom-right star. These features are depicted by the arrows in the example image of this error below: 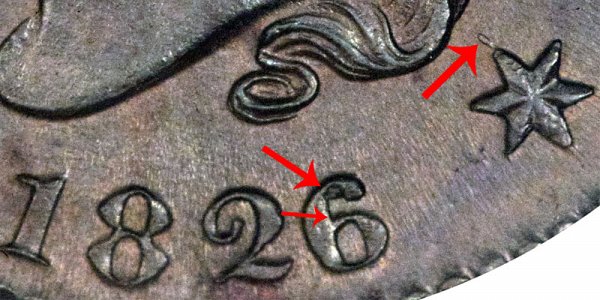 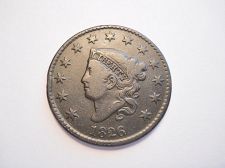 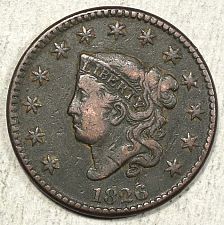 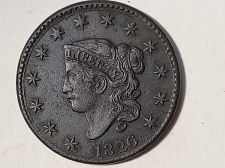 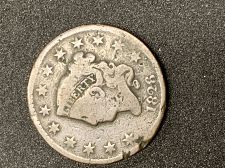