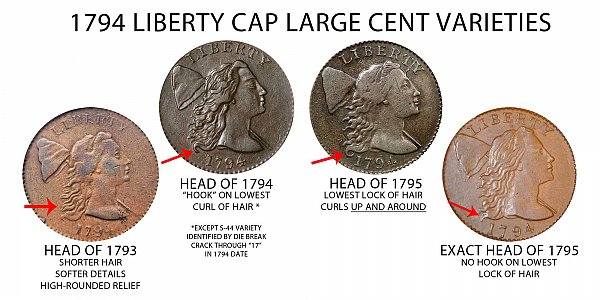 There are many varieties of the 1794 Liberty Cap Large Cent (Penny). Three of them deal with the design of the liberty head on the obverse of the coin. The first is the "head of 1793" design which features shorter hair and softer details. The "head of 1794" has longer hair with a distinct "hook" design on the bottommost lock of hair (except for the Sheldon S-44 variety). The "head of 1795" features a distinct circular curl of hair that curls up and around. The "Exact Head of 1795" features the liberty with long hair but no hook or curl on that bottommost lock of hair - the exact same design used on the 1795 large cents. The difference between the head of 1793 vs head of 1794 vs head of 1795 vs exact head of 1795 is depicted above in the example comparison image. Note that there are nearly 60 different sub-varieties within these 4 major classes! A few great resources for indentifying all of these can be found at: 1794largecents.com - 38 Heads of 1794 and: largecents.net - Tom's 1794 Liberty Cap Large Cent Collection and: coinfacts.com - 1794 Liberty Cap Large Cent Varieties

Another extremely rare and valuable variety features the "starred reverse". This coin has many very small stars all along the rim of the coin as depicted in the example image below: 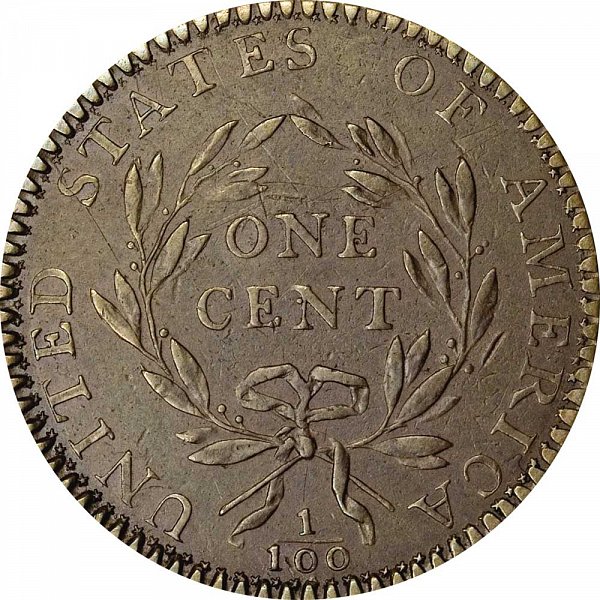 Another major variety features the absence of the fractional bar in the 1/100 denomination fraction on the reverse of the coin: 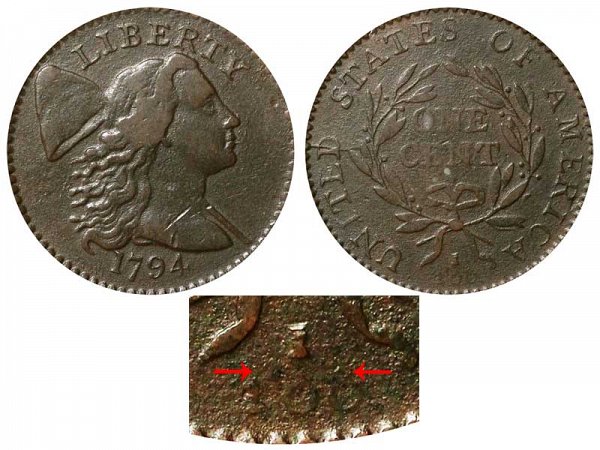