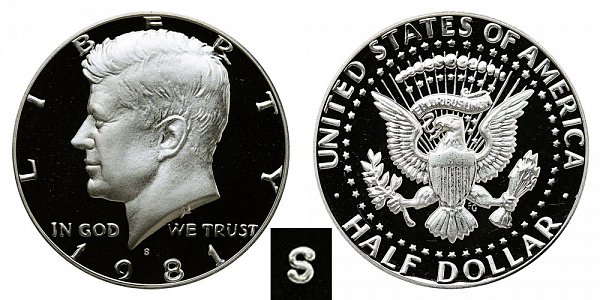 The 1981 Type 2 Clear S Kennedy Half Dollar has a much clearer and well-defined S mintmark and is also only found as a proof coin. The spaces within the "S" are much more open. Depicted below is an example comparison image between the type 1 filled "S" vs type 2 clear "S": 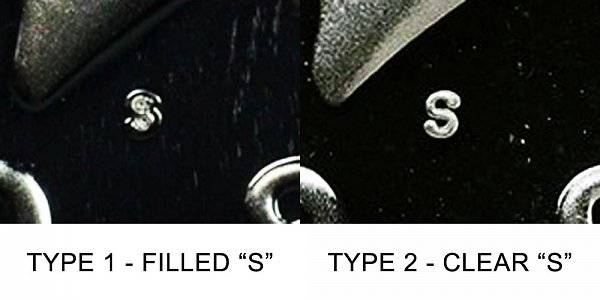 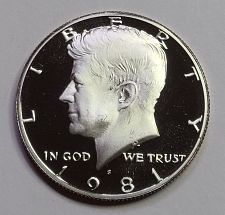 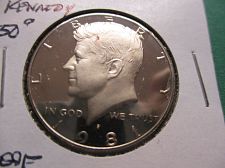 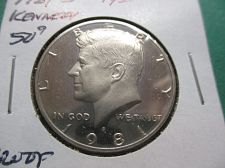 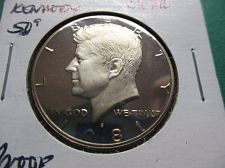