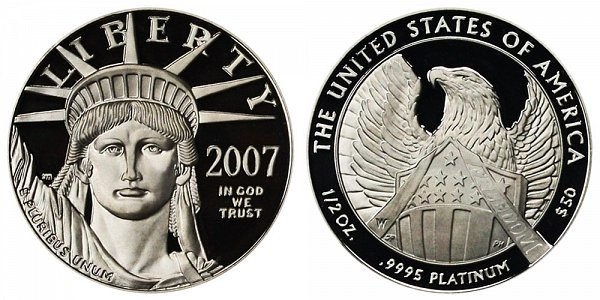 One of the greatest errors of this series is the 2007 W Proof "Frosted FREEDOM" variety of the 1/2 oz $50 American Platinum Eagle. In the standard proof coins: The word "FREEDOM" on the banner on the reverse of the coin is supposed to have a mirror-like reflective surface within the letters themselves. In the "Frosted FREEDOM" variety - these words are unfinished and so they appear to have a frosty satin finish found throughout the rest of the design. This variety wasn't even discovered until 2011 - yet these coins are extremely rare and extremely valuable. According to the US Mint: Only 21 of these coins are known to exist - and the quarter ounce and one ounce platinum eagles also have a "Frosted Freedom" variety with a count of 21 and 12 as well. 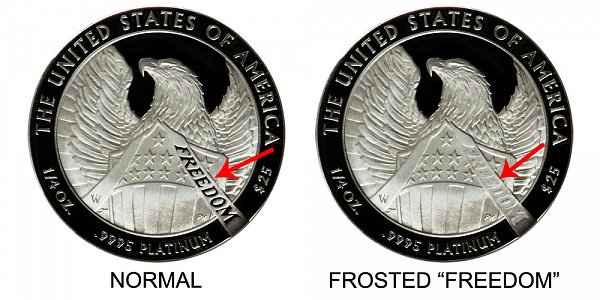