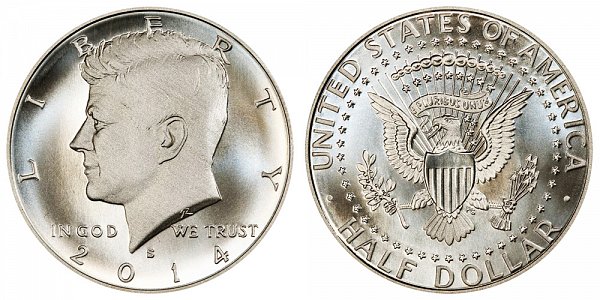 The 2014-S Enhanced Uncirculated Kennedy Half Dollar is a very special coin which is part of a 4-coin 50th Anniversary Kennedy Half Dollar Set commemorating the 50th anniversary of the Kennedy half dollar - which first went into production in 1964. This set includes all 90% silver coins: 2014-P Silver Proof - 2014-D Silver Uncirculated - 2014-S Silver Enhanced Uncirculated - 2014-W Silver Reverse Proof. The US Mint originally set a limit of 300000 sets. After 85000+ sets sold the first day - this limit was reduced to 225000 - which is roughly the final mintage of each special coin as this highly popular set sold out completely. The set originally sold for $99.95.

The Enhanced Uncirculated design was produced using extremely high tech and intricate methods at the San Francisco Mint. The Kennedy portrait and letters along with the rim - have laser-produced heavy frosting while the eagle and rays on the reverse (except the heavy frosted head and tail) have standard laser frosting. The background field on both sides of the coin have a wire brushed enhancement and the stars on the reverse are laser polished. This is the first time the US Mint has used some of these advanced methods for coin production. 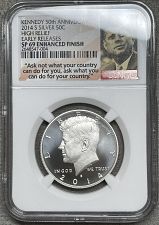 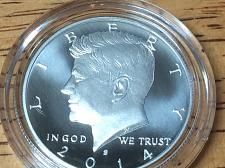