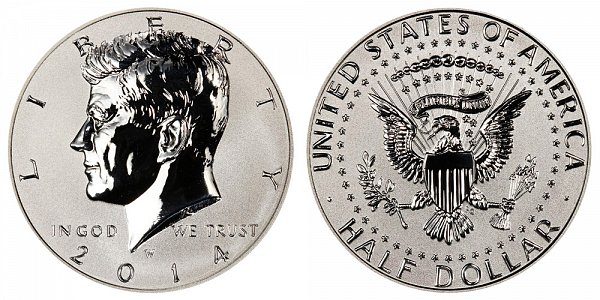 The 2014-W Silver Reverse Proof Kennedy Half Dollar is a very special coin which is part of a 4-coin 50th Anniversary Kennedy Half Dollar Set commemorating the 50th anniversary of the Kennedy half dollar - which first went into production in 1964. This set includes all 90% silver coins: 2014-P Silver Proof - 2014-D Silver Uncirculated - 2014-S Silver Enhanced Uncirculated - 2014-W Silver Reverse Proof. The US Mint originally set a limit of 300000 sets. After 85000+ sets sold the first day - this limit was reduced to 225000 - which is roughly the final mintage of each special coin as this highly popular set sold out completely. The set originally sold for $99.95.

This is the first time that the Kennedy half dollar was produced at the West Point Mint and also the first reverse proof design of this series. The reverse proof is similar to a normal proof - except the background field of the coin has a frosted satin finish while the Kennedy portrait and other details have the mirror-like proof finish. 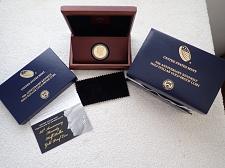 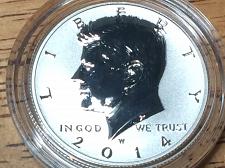