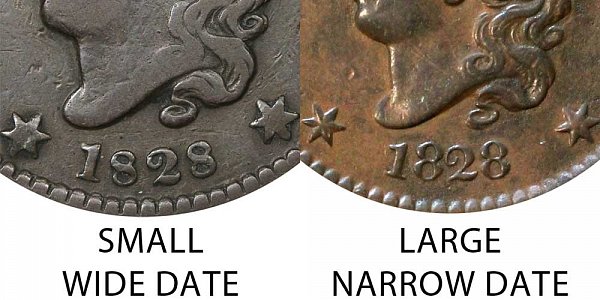 There were two major varieties of the 1828 Coronet Head Large Cent (Penny). One variety had a small date with more widely spaced numbers while the other variety had a large date with more narrow spacing between the numbers. The differences between the large narrow date vs small wide date can be seen in the example comparison image of the coins above. Note the sizes of the number "8" and also the spacing between each of the stars and the date. 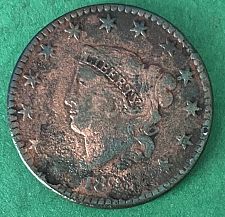