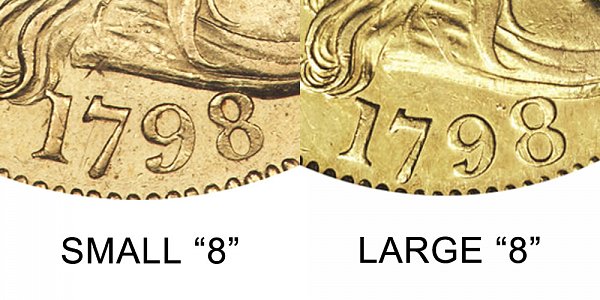 There were a few major varieties of the 1798 $5 Gold Turban Head Half Eagle. The first variety to look at deals with the size of the "8" in the 1798 date. One variety had a Small "8" and the other had a Large "8" - with the Large "8" noticeably much wider than the smaller "8". The difference between the Small "8" vs Large "8" is depicted above in the example comparison image.

The Large "8" variety had two major sub-varieties dealing with the number of stars on the reverse (or back) of the coin. One variety featured 13 Stars above the eagle and the other had 14 Stars. The difference between the 13 Stars vs 14 Stars is depicted below in the example comparison image (Source of example images is courtesy of Heritage Auction Galleries): 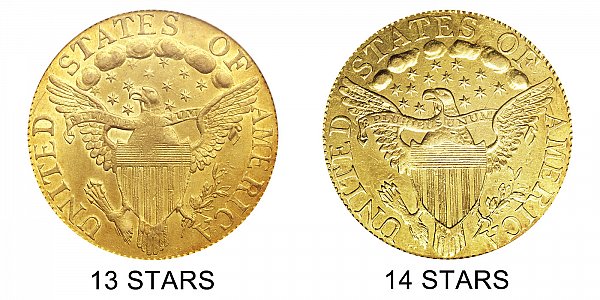