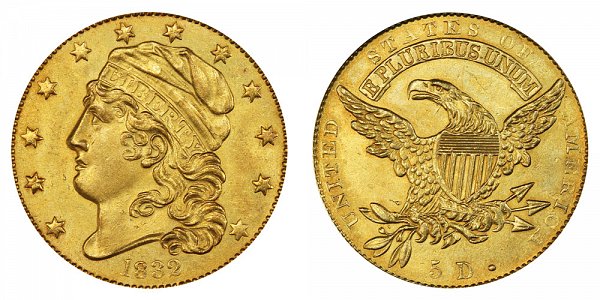 There were two major varieties of the 1832 $5 Gold Capped Bust Half Eagle. One variety features 12 stars on the obverse of the coin and a "Curl Base 2" in the date (as depicted above). Only 6 of these rare variety coins are known to exist and they are extremely valuable. (Source of example image is courtesy of PCGS.) 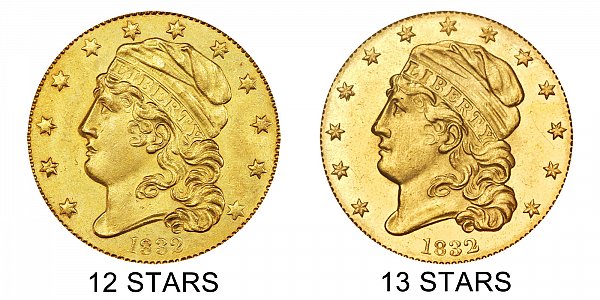 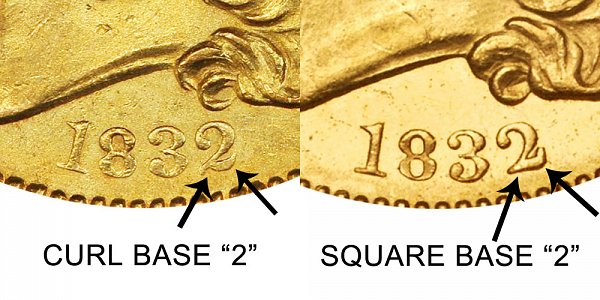